When I was studying at the University of Nebraska there was one IT restaurant in town that was so popular you usually had to wait a very long time to get in.  It was called Spaghetti Works and it seriously had the best pasta and best pasta sauces I’ve ever tasted in my life — and an all you can eat salad bar with most meals that made sure you were getting a very healthy lunch or dinner.

In recent years Spaghetti Works fell out of favour in Lincoln (though on my last and final visit to Nebraska the one in the Old Market of Omaha was still going strong) and the Lincoln location closed.  But its “beer and cheese” pasta sauce is/was still to die for.

I am so happy then to find a recipe for it and am sharing it now with you. Bon Appetit! 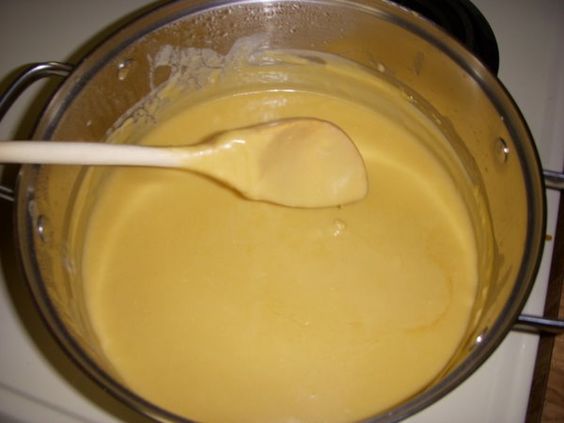 8 oz. jar Cheez Whiz (I know- Cheez Whiz… but it worked well)
8 oz. Whole Milk (now’s not the time to be thinking low fat or skim)
8 oz. flat beer (I used a decent pale ale but you probably don’t want anything too hoppy or too strongly flavored also it was not flat but that only contributed a little bit of extra foaming which subsided)
8 oz. Beef Broth
5 Tbs flour
5 Tbs butter
Optional-Real bacon bits or crisp crumbled bacon