This article reposted from BookDaily.com explores the subject of point of view in writing.

Boudicca: Britain’s Queen of the Iceni takes a Celtic-British point of view.

In writing lingo we refer to point-of-view (POV) as the character through whom we tell the story. We get into the head of a particular character and see the story through her eyes. Sometimes we have one POV through the whole story. Other times we have multiple POVs.

Recently while reading a book, I became confused with some of the point of view changes. It was a really good story in many ways, and the author has had a long term writing career. So I was surprised to have to slog my way through several spots of hopping from one head to the next.

As I thought about the POV issues, I realized that during the last ten years, POV “rules” have grown more firm. Editors, agents, and readers want clear, concise, easy-to-read stories. Head-hopping can brand us as an amateur. That means we have to understand some of the basics that go into having clear POVs.

1. Strategically pick the number of POV characters. We can’t get into the head of everycharacter in our books. Nor should we randomly or haphazardly pick POV characters. We should usually try to narrow down those characters we want our readers to care most about—usually the main characters (hero and heroine). Sometimes, I’ve seen writers tell snippets of the plot from the POV of the antagonist to add tension.

If we add too many POVs, we risk confusing our readers. We also risk developing shallower characters since we’ll have less time in each person’s head, giving our readers less of an opportunity to get to know and thus love the characters.

2. Introduce all the POV characters within the first few chapters. We won’t want to all-of-a-sudden halfway through the book throw in a new POV from one of our characters that hasn’t had a voice yet. It’s best if we introduce all of our POV characters fairly early in the story.

3. Delineate POV changes by a line break or chapter break. In other words, we need to make it very clear when we’re switching to someone else’s POV. Hopping heads halfway through a scene just doesn’t work anymore (if it ever did).

If I want to change POV, I finish the scene first. Before I change POV, I move to a new stage, new setting, and new plot point. Of course, this means before starting each scene I have to determine which POV character will help accomplish the goals for the scene most adequately. And if I need readers to “get in the head” of another POV character during that scene, then I have to SHOW the reactions (or wait to recap their thoughts when their POV comes along in a later scene).

4. After a POV break, clarify the new POV within the first sentence or two. I usually try to use the new POV character’s name in the first sentence. And if not, then I weave it in the second sentence so that my readers are clear right from the start of the scene whose head they’re in. If switching among first person POV, I often write out the character’s name/title at the start of the scene or chapter.

5. Bring in each POV character regularly. I don’t perfectly alternate scenes between my hero and heroine. Sometimes I may need a couple of scenes in my heroine’s POV or vice versa. But I try not to go too long in one person’s head. For those writing with three or more POVs, the juggling can get even more complicated. But we have to remember to keep all the balls in the air.

6. Beware of making POV scenes too short. Story pacing will play a role in how long our scenes are. When we find ourselves changing POV every few paragraphs or multiple times per scene, then we may begin to annoy our readers. If we don’t have a long enough scene, then perhaps we don’t have enough goals and need to consider how we can combine the scene with another.

7. Once in a POV, stick with it carefully. When we get into one of our character’s heads, we need to do the best we can to see, hear, taste, touch, smell, and think about everything the way that particular character would. The more we can stay deeply inside our POV character, the more alive that character will become to our readers.

Remember, we can’t have our characters noticing things about themselves that they wouldn’t normally see. If in doubt, use the mirror test: Am I describing something about my character she would see of herself (i.e. the protruding blue veins in her hand)? Or would she need a mirror to notice it (i.e. the color of her own eyes)?

If she needs a mirror, then she shouldn’t be thinking it about herself (unless she really is looking into a mirror, which incidentally has become a clichéd way of having characters describe themselves).

What other POV tips do you have? What’s been your biggest struggle in handling POV changes?

About the Author:
Jody Hedlund is an award-winning and bestselling author of inspirational historical romances.

As a busy mama-writer, she has the wonderful privilege of teaching her crew of 5 children at home. In between grading math papers and giving spelling tests, she occasionally does a load of laundry and washes dishes. When she’s not busy being a mama, you can find her in front of her laptop working on another of her page-turning stories.

You can catch her on her website www.jodyhedlund.com where she gives great advice for writers and Twitter where she gushes about reading, chocolate, cats, and coffee.

This article originally appeared on www.JodyHedlund.blogspot.com

Today’s post from Abraham Hicks is timely for this start of the holiday season:  appreciate what you have right now. 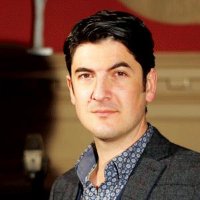 I am happy and thankful that Richard Mann will narrate “Catherine de Valois” in 2015. Gratitude for the small things opens the door to receiving bigger dreams and goals — like my dream to immigrate to England and work with Mr. Mann in person instead of from 3600 miles away.

“If you will make this small effort to appreciate you and what is yours NOW, you will soften, so quickly, any resistance that has been keeping you apart from the things you want.

It is the magic formula that you’ve been looking for.

It is the key to your blending.

It is the key to your allowing.

It is the key to you getting what you want.

It is the key to your abundance, your clarity, and to your stamina.

It is the key to your energy.

It is the key to your vitality.

It is the key to your flexibility.

It is the key to your wellness.

It is the key to all things that feel good to you.